The award-winning film, Hidden Figures (2016), tells the story of three amazing women—Katherine Johnson, Mary Jackson, and Dorothy Vaughan—whose work at the National Aeronautics and Space Administration (NASA) successfully launched astronauts into outer space. But until that biographical drama hit the silver screen, the general public would have been hard-pressed to find their names in a common history textbook. The reality is that our history is full of women who broke through the challenges of society, leaving their mark on the world for the generations to come. Today, as we begin Women's History Month, we're celebrating eight unsung women who changed tech history: 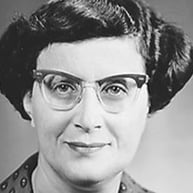 Jean E. Sammet graduated with an MA in Mathematics in 1949. In 1961, she became manager of IBM’s Programming Center in Boston. While at IBM, Sammet led the development of FORMAC (FORmula MAnipulation Compiler), the first widely used general language and the first to manipulate symbolic algebraic expressions. In 1969 her book Programming Languages: History and Fundamentals was published by Prentice-Hall and has been described by others as "the standard work on programming languages" and an "instant computer classic." 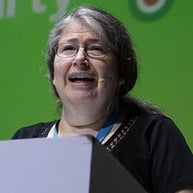 Radia Perlman is a Fellow at Dell EMC and is the inventor behind much of the technology at the heart of the Internet, including robust, scalable and autoconfiguring routing technology. Perlman invented the spanning tree algorithm, which is what “Ethernet” is today. She also has made various contributions in network security, including scalable data expiration, distributed algorithms despite malicious participants, DDOS prevention techniques and user authentication. Radia has been recognized with many industry honors including induction into the National Academy of Engineering, the Inventor Hall of Fame, the Internet Hall of Fame, and lifetime achievement awards from Usenix and SIGCOMM. In addition to recognition, she currently holds over 100 patents, and has a PhD from MIT.

In 1965, Mary Kenneth Keller was the first woman in the US to be awarded a PhD in Computer Science, having previously studied Mathematics and Physics. Earlier she had taken her vows as a Roman Catholic religious sister in Ohio and in 1958 had started work at Dartford College in the male-only computer center. At Dartford, Mary worked on developing the BASIC programming language. BASIC is a way of translating the zeroes and ones of computer code into something more intuitive and straightforward. It is a general-purpose, high level programming language which helped broaden computer programming into non-math and science fields, subsequently giving many people their first experience with programming.

Margaret Hamilton, is an American computer scientist who was one of the first computer software programmers; she created the term "software engineer" to describe her work. Hamilton led the software engineering division at Massachusetts Institute of Technology’s Instrumentation Laboratory in the late 60’s and early 70’s. There, Hamilton helped write the computer code for the command and lunar modules used on the six Apollo landing missions to the Moon between 1969 and 1972. In 2016 Margaret Hamilton received the Presidential Medal of Freedom for her contributions to software development, which Obama said “set the foundation for modern, ultra-reliable design and engineering”.

“The Women of ENIAC” 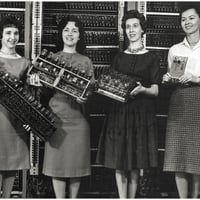 In 1946 six brilliant young women, Jean Jennings, Marlyn Meltzer, Ruth Lichterman, Betty Snyder, Frances Bilas, and Kay McNulty programmed the first all-electronic, programmable computer, called the ENIAC. ENIAC was a project run by the U.S. Army in Philadelphia as part of a secret World War II program. Dubbed ‘the ENIAC Women’, this group programmed the computer without the use of programming languages or tools (for none existed) — only logical diagrams. By the time they were finished, ENIAC ran a ballistics trajectory — a differential calculus equation – in seconds.  When ENIAC was unveiled to the public after the war, the women received little to no recognition for their contributions. 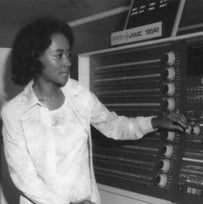 A highly inspirational woman in STEM who will always serve as a role model for breaking down barriers for women, Annie Easley started her career working as a human computer in the 1950s. Her job was to do computations by hand for researchers. She later worked as a computer programmer supporting NASA. Easley was deeply involved in developing and implementing the code used in researching energy-conversion systems, and power technology such as battery technology used for early hybrid vehicles. 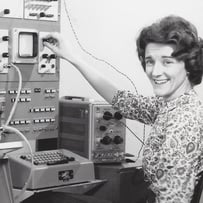 Computer programmer Mary Wilkes designed the system for one of the first personal computers. In 1965 she became the first-ever person to be a home computer user, initiating the concept of the home office so integral to our working lives today. Initially, Wilkes planned to be lawyer, but was discouraged by friends and mentors from pursuing law because of the challenges women faced in the field. A geography teacher in the eighth grade had told Wilkes, "Mary Allen, when you grow up, you ought to be a computer programmer." She worked in the field as one of the first programmers for a number of years before pursuing law and becoming an attorney in 1975. 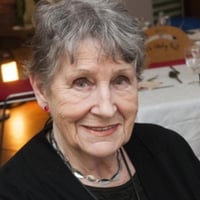 Unsurprisingly, a group of men at Harvard get credit for the first computerized dating service, called 'Operation Match.' But it was actually a woman in England who first devised a way to determine compatibility using a computer. Joan Ball founded and ran the St. James Computer Dating Service, which she later re-named Com-Pat (short for "computerized compatibility). She translated survey answers about what a prospective lover did not want in a partner to punch cards, which she ran through a time-shared computer. Her program would reveal the "match" in the system, and people using the service would receive the name and address of whoever they had been paired with. She made the first match-by-computer in 1964 — a year before Operation Match at Harvard was up and running. So, Tinder and OkCupid users, you really have Joan Ball to thank.