Black History Month is celebrated every February as a time to recognize and honor African-Americans who made great contributions to some aspect of life in this country. Major figures like Martin Luther King Jr. and Rosa Parks are often honored, but innumerable lesser-known men and women have also made an enormous impact on our country and world.  Today, we celebrate several of these African-American figures who have been pioneers, working through the channels of academia in some way. 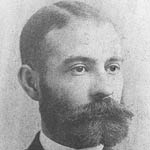 Daniel Hale Williams: Williams founded the first interracial hospital in America in 1891. The hospital served as the first school for black nurses in the country. He was also one of the first physicians to successfully complete pericardial surgery on a patient. Charlotte Forten: Charlotte Forten was the first northern African-American schoolteacher to go south to teach former slaves. A sensitive and genteel young woman, she brought intense idealism and fierce abolitionist zeal to her work. The book Life on the Sea Islands was the story of Forten's time as the first black teacher at a famous mission in the Civil War, and she later worked for the Treasury Department recruiting black teachers.

Kelly Miller: Miller was the country's first African-American grad student in mathematics. His interest in the plight of African Americans encouraged him to assist W.E.B. DuBois in editing The Crisis, the magazine of the National Association for the Advancement of Colored People (NAACP) and to craft numerous lectures and pamphlets that examined the racial experiences of African-Americans. His thoughts and ideas appeared in weekly columns that were published in more than 100 newspapers in the 1920s and 1930s and appeared in several books including Race Adjustment (1908), Out of the House of Bondage (1914), and The Everlasting Stain (1924).

Alexander Crummell: The first school dedicated to African-American learning was the American Negro Academy, founded in 1897 by Alexander Crummell, a descendant of an African tribal chief. Crummell was an outspoken advocate for the abolition of slavery and the removal of legal restrictions on black Americans. He fought for the right to vote and recommended the establishment of African American schools. Late in his career, he wrote and lectured widely against the increasingly entrenched racism of post-Reconstruction America, appealing to educated blacks to provide leadership.

Fanny Jackson Coppin: The country's first female African-American principal, Fanny Jackson Coppin served for 37 years and instituted many improvements in education in Philadelphia and elsewhere. Coppin was a teacher, principal, lecturer, missionary to Africa, and warrior against the most cruel oppression, conquering overwhelming obstacles and became the beacon by which future generations would set their courses.

Henry Ossian Flipper:  In 1873 Flipper was appointed to the U.S. Military Academy, and in 1877 he became its first African-American graduate.  As a civilian, Flipper went on to distinguish himself in a variety of governmental and private engineering positions. These included serving as surveyor, civil and military engineer, author, translator, special agent of the Justice Department, special assistant to the Secretary of the Interior with the Alaskan Engineering Commission, aide to the Senate Committee on Foreign Relations, as well as an authority on Mexican land and mining law.

Alexander Twilight: Reputed to be the first African American in the United States to graduate from college, Alexander Twilight was born on a farm in Corinth, Vermont to a white or fair-skinned mother, Mary Twilight, and a mixed-race father, Ichabod Twilight, who had served as a private in the American Revolution. The young Alexander was forced to work as an indentured servant on a farm neighboring his parents’ own farm from the ages of eight to 21. Elected to the Vermont General Assembly in 1836, Twilight became the first African American to serve in a state legislature in the United States

David Levering Lewis:  Lewis is the Julius Silver University Professor and Professor of History at New York University. He is twice winner of the Pulitzer Prize for Biography or Autobiography, for part one and part two of his biography of W. E. B. Du Bois. He is the first author to win Pulitzer Prizes for biography for two successive volumes on the same subject. Born in Little Rock, Arkansas, his father John Henry Lewis, Sr. had graduated from Morris Brown College in Atlanta, and went on to Yale Divinity School, becoming its first African-American graduate.